Changing the Misconceptions of Dementia 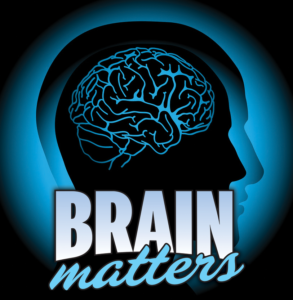 Changing the Misconceptions of Dementia
By: Bruce Wray, Communications Manager

For London’s Ron Robert, the day he was diagnosed with Alzheimer’s was the day he also lost his driver’s licence. His doctor offered minimal information or counselling to support the unwelcome news.  And while this isn’t always the situation with physicians, it also isn’t unusual. As Ron recalled, when he left the appointment he felt “instantly, not who I was before”. Family doctors who aren’t fully aware of the implications of this disease will sometimes present the diagnosis as a death sentence; where a person should immediately ‘get their affairs in order’ and that the automatic and first order of business is to pull an individual’s driver’s licence. If a physician sometimes takes that attitude, it is easy to imagine how the stigma of dementia is one that is tough to break in the public’s eyes.

Stigma and misconceptions of dementia are the main theme of this year’s National Alzheimer’s Awareness Month. In fact, Ron Roberts has become the one of the faces of the campaign. The campaign’s goal is to shine a light on the facts about people living with dementia; to challenge misconceptions and to bring understanding to the condition. A diagnosis of Alzheimer’s or another dementia doesn’t signal the immediate end of a life. More accurately it means a life where changes over time, in stages, will happen. And with this more accurate description of dementia it brings to light that there is still a life to be lived, dreams to pursue and people to love. To learn more about dementia, how to dispel the misconceptions that still linger and to hear stories from a lived experience perspective, including Ron’s, visit our website dedicated to this year’s awareness campaign: ilivewithdementia.ca.

You can commemorate Alzheimer’s Awareness Month as well as support the mission of the Alzheimer Society by attending the 26th edition of the Cabin Fever Reliever Dinner and Auction, Saturday, February 2nd. Cabin Fever is one of our signature fundraising events of the year and is essential for our organization as we provide support and counselling to our ever-expanding client base.

We use cookies on our website to give you the most relevant experience by remembering your preferences and repeat visits. By clicking “Accept All”, you consent to the use of ALL the cookies. However, you may visit "Cookie Settings" to provide a controlled consent.
Cookie SettingsAccept All
Manage consent

This website uses cookies to improve your experience while you navigate through the website. Out of these, the cookies that are categorized as necessary are stored on your browser as they are essential for the working of basic functionalities of the website. We also use third-party cookies that help us analyze and understand how you use this website. These cookies will be stored in your browser only with your consent. You also have the option to opt-out of these cookies. But opting out of some of these cookies may affect your browsing experience.
Necessary Always Enabled
Necessary cookies are absolutely essential for the website to function properly. These cookies ensure basic functionalities and security features of the website, anonymously.
Functional
Functional cookies help to perform certain functionalities like sharing the content of the website on social media platforms, collect feedbacks, and other third-party features.
Performance
Performance cookies are used to understand and analyze the key performance indexes of the website which helps in delivering a better user experience for the visitors.
Analytics
Analytical cookies are used to understand how visitors interact with the website. These cookies help provide information on metrics the number of visitors, bounce rate, traffic source, etc.
Advertisement
Advertisement cookies are used to provide visitors with relevant ads and marketing campaigns. These cookies track visitors across websites and collect information to provide customized ads.
Others
Other uncategorized cookies are those that are being analyzed and have not been classified into a category as yet.
SAVE & ACCEPT
Skip to content